Why Domestic Violence Breaks Everything (& How You Can Help)

Y’all, this is such an incredibly hard topic for me to write about. I’ve been stymied all week, and I just don’t know exactly what to say. I can’t quote figures and facts objectively, or blithely walk forward with the solution, because, after domestic abuse, any solution will only put back together the pieces – it won’t take away the cracks.

I know, because somebody I love dearly has been a victim of domestic abuse.

And it almost tore us to pieces.

You see, domestic abuse, when it happens, isn’t just about one woman being beaten or sexually assaulted. It’s not just about one life being broken or lost. It is about the woman that was abused. It is about the man that perpetrated the abuse, too – it is about his brokenness, and how to fix it or keep it locked away so that brokenness can’t break others. It is about the children that have been a part of the cycle, that have witnessed that abuse, and how they might be broken around the edges, too. And it is about the family members and loving friends, that break into a million pieces because they weren’t there to protect her, because they didn’t know what was going on, because they didn’t step in and say something when that little voice told them things were falling apart.

Domestic Violence is about brokenness.

Around the world, 1.3 BILLION women experience abuse. That’s BILLION. With a B.

That’s 1.3 billion families that have broken into pieces. That’s 1.3 billion points of hopelessness, sadness, and yes – despair. These were all the feelings that I felt when I found out about the domestic abuse that had happened to one of my most cherished women in this world. That’s one in every seven women in the world – that means that, most likely, one of the women that you love has been a survivor of this as well – or is going through it right now.

No country is immune to this – believe me, if it were, I’d scoop up all of my loved women and transport them there. From acid attacks to femicide, abuse and violence against women is everywhere. Every 9 seconds, a woman in the US is assaulted or beaten. Every 3 days, a woman in Italy is murdered, more than ¾ of them by a partner or family member. We are all in this together – which means that we had better all BE in this together.

About a year ago, I met Veronica de Laurentiis – now another woman that I cherish that is a survivor. She has become a dear friend (along with her amazing husband) because of her beautiful soul, her strength and laughter, and the love that she spreads wherever she goes. But Veronica, too, was part of the brokenness. Her first husband abused her for years, until she finally decided enough was enough. With the help of an advocacy and support organization – and with a LOT of wits about her too (almost all murders by domestic violence happen after the victim leaves), she got out, got justice, and got love in her second marriage.

Veronica is lucky – and she knows it. She’s also an amazing person, which means that she’s working right now to give back and help others. Italy is Veronica’s home turf, so back to Italy is where she has come – and where she is working now to help other women like her. You can read all about her foundation here, but Italy, especially in the smaller towns, often has no recourse, no shelter for women that are looking to get out – and 1 in 3 women in Italy experience abuse. Veronica’s working to change that. And now you can be in it together with her.

We have a project to help them out. It’s a fun project, one you can do at home – with your daughters, maybe, or your best friends. It’s a project that you can make for these women in Italy, to help them along their path to healing, hope, and love. It’s a project that you can make for your daughters and your cherished women, too, so that they remember that there will always be other women around the world that are there for them, loving them. Women that will help them pick up those pieces of brokenness, no matter how scattered they might be.

GET CONNECTED TO AINA

We love more friends! Not only do we want you as a part of the Aina Ohana, but we’d love for you to share your creations with us on  Instagram! Follow us @ainagiving – and tag us with pics of your world-changing project!

Carmen Westbrook is the CEO and co-founder of Aina Giving, a female-led company that transforms women into world changers. Join the movement of DIY World Change and get our accredited projects, leadership coaching, and nonprofit consulting – email us and tell us how you want to change the world. We’ll help you get there. 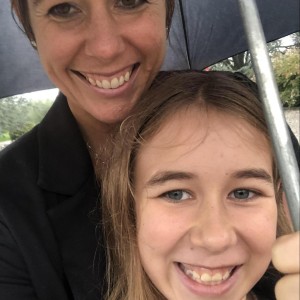 Aina Giving is a socially responsible company uniting servant leadership development with screened charitable nonprofit organizations. Comprised of mothers and leaders as talented facilitators, we work within organizations to create teams of conscious, systems-driven servant leaders.
View All Posts
PrevPreviousThe Best Resolution for 2018: How to Live a Life Worth Living
NextThree Ways to Help the Homeless (Without Spending a Dime)Next

Why Domestic Violence Breaks Everything (& How You Can Help)

Blog Three Ways to Help the Homeless (Without Spending …