Military Diplomat Leadership: US Department of Defense and US Embassy Rome

Diplomacy can propel change, change the world…and get complicated. As diplomats are leaders in our peace processes, their ability to utilize and incorporate cutting-edge leadership skills is mandatory.

Rome, Italy is positioning itself as the center of diplomacy – and it’s no wonder why.

Situated in the heart of the Mediterranean, halfway between the East and the West, and a short flight to Africa, Italy is poised to unite many of the different countries and cultures in our increasingly global world. Feeling the impacts of the refugee crisis and responding with international aid, Italy not only feels the geographic impacts of globalization – they also feel them economically, socially, and politically.

As such, diplomacy and leadership within diplomacy has become increasingly important in this nexus nation. Realizing this need, the Army Military Diplomat Circle, Circolo Verde, and the US Embassy Rome united to contract with us at Aina Giving to deliver cutting-edge leadership training and experiences to all of the military diplomats stationed in Rome.

Focusing on puzzling together the cutting edge of leadership training in corporate teams and uniting it with the age-old wisdom and strength of traditional military leadership training, our workshop series focused on bringing about true integration and diplomacy, both within the leadership sphere and amongst the participants. As leadership outside of the military moves into a flatter dynamic, the hierarchy of military leadership can sometimes be sidelined – and our world-class trainers worked to develop content to highlight the times and techniques to utilize the strengths of both.

Through team experiences and group work, the diplomats in the series were taken through exercises to identify their strengths in the team, explore the different cultural expressions of decision-making, and find commonalities as well as diversity. Through the trainings and discussions, we uncovered and unpacked strengths and differences such as the ancestry-based decision-making of Japan as contrasted with the importance of After-Action Reviews in the future decision-making of US military members. Participants were given action-based tools and skillsets to take the learnings forward – and back to their diverse nations.

This case study highlights one of our favorite sayings at Aina Giving:

In today’s world, it is mandatory to build bridges between cultural divides, socio-economic groups, and nations. By providing leadership training that did just that, the participants in this program forged those bonds – and proved, as one of our participants said, “just how much we are all gifts to each other.”

If you would like bridge-building leadership development for your team, contact us and set up your free consultation on how our Archetypal Leadership© team training can propel your organization’s mission and unity. 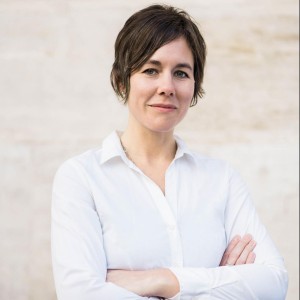 Aina Giving is a leadership development company aimed at fostering the servant leadership growth of corporations, organizations, and governments worldwide. By promoting and training socially responsible leadership; providing mentor coaching between diverse groups; and facilitating programs that support the whole person; we empower purpose-driven leaders and employees to work up, down, and through the professional lattice to further the service-oriented aims of their organization.
View All Posts
PrevPreviousSharing is Caring: Reduce Food Waste with this DIY World Change Project
NextFuture Leadership: Auburn UniversityNext

Military Diplomat Leadership: US Department of Defense and US Embassy Rome